Ive been reading the Getting Started with the Internet of Things as I learned to use the Netduinos. They are really great, the minis are super small and the Netduino Plus has the Cat-5 Jack, so it has simple web interaction basically built in.  I say “simple” because if you understand some of what HTTP is, and think about this as a micro device, this becomes powerful. 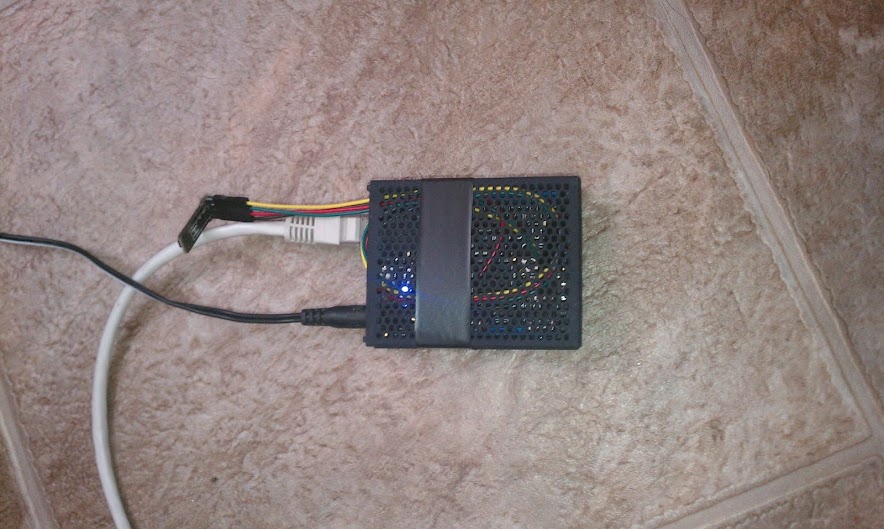 Right now I have the Netduino set to send an HTTP PUT to my Pachube.com feed.  Pachube is a simple service setup for microcontrollers. Its a great free service (as long as your posts dont happen faster than their reasonable 12 second limit) as well having a decent API, it can even post to Twitter. I set up the feed in basically 1 minute, and it only has 2 parts: humidity and the temperature.

The graph here (also show at the top) is the actual graphing of the humidity detected by the sensor and reported to pachube over the last hour (every 20 seconds):

.NET Application Developer mostly, but I mess around in many other technologies as well. I also spend a lot of time messing with Arduino, Netduino, SparkCore and Raspberry Pi projects.
View all posts by james wolf →
This entry was posted in Uncategorized. Bookmark the permalink.