I love my new GoPro, but wanted a way to mount it on a tripod for indoor use without the bulky case.  The camera sensor of the GoPro is really nice, and I do a lot of YouTube videos so I thought that this would allow me to do a multi-camera capture if I needed to do a more complex video.  The rugged case waterproof case is good for many GoPro situations, but not really for standing the GoPro on a tripod and taking normal videos.

I have made a bunch of other tripod mounts for cell phones and knew that I could use the same design concept to make a nice “click-in” mount that would both lock the camera in place as well as have it easy to remove by just putting pressure in the right spot. 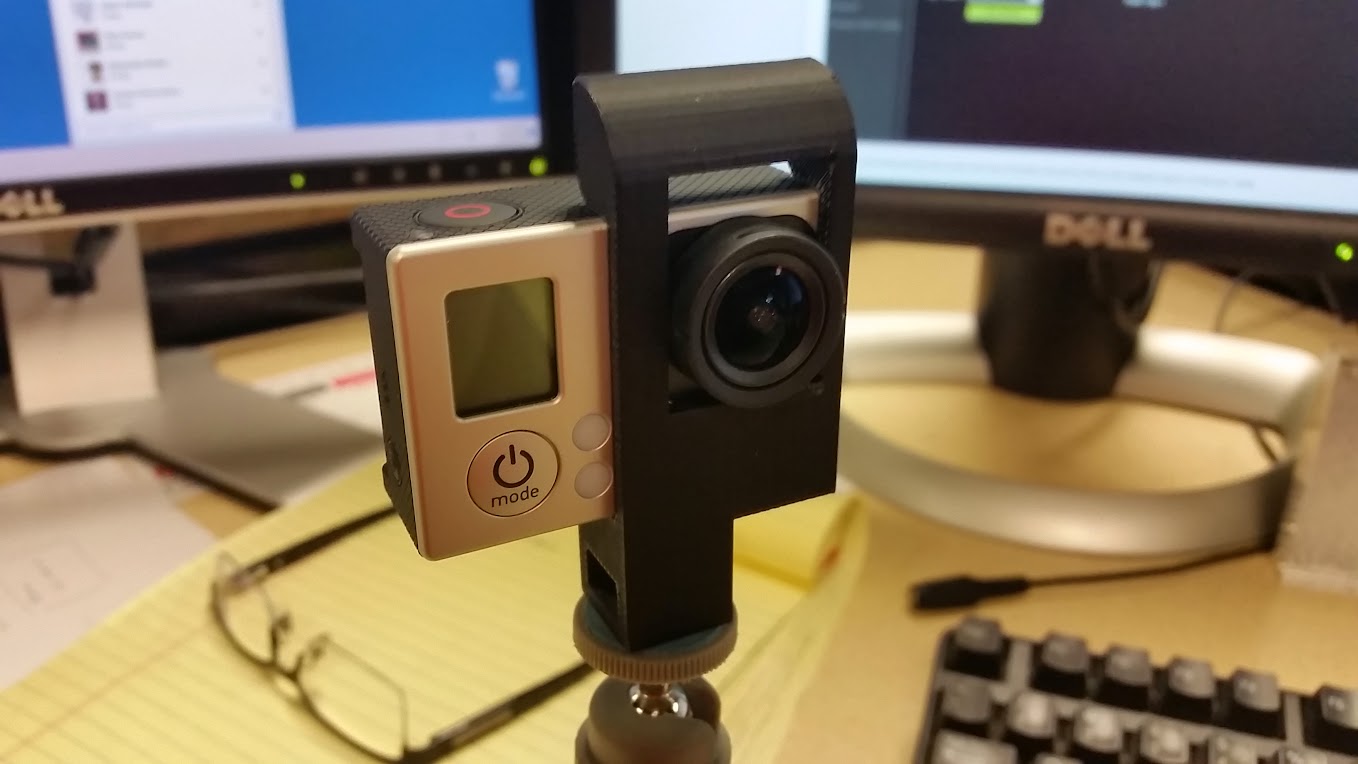 The mount itself grips the GoPro on three corners to give a secure hold.  You can actually swing the tripod around with the camera mounted and it will not fall out.  I made several iterations on the design until it held tightly and gave a very satisfying ‘click’ as the camera snaps into place.

I used a caliper to measure the dimensions of the  camera, and made a SketchUp design. This allowed me to see the specs in 3 dimensions and build directly off of it.  It took 3 iterations of the curves and sizes until I got something that really clicked in and held.

Here are some pics of the design itself: 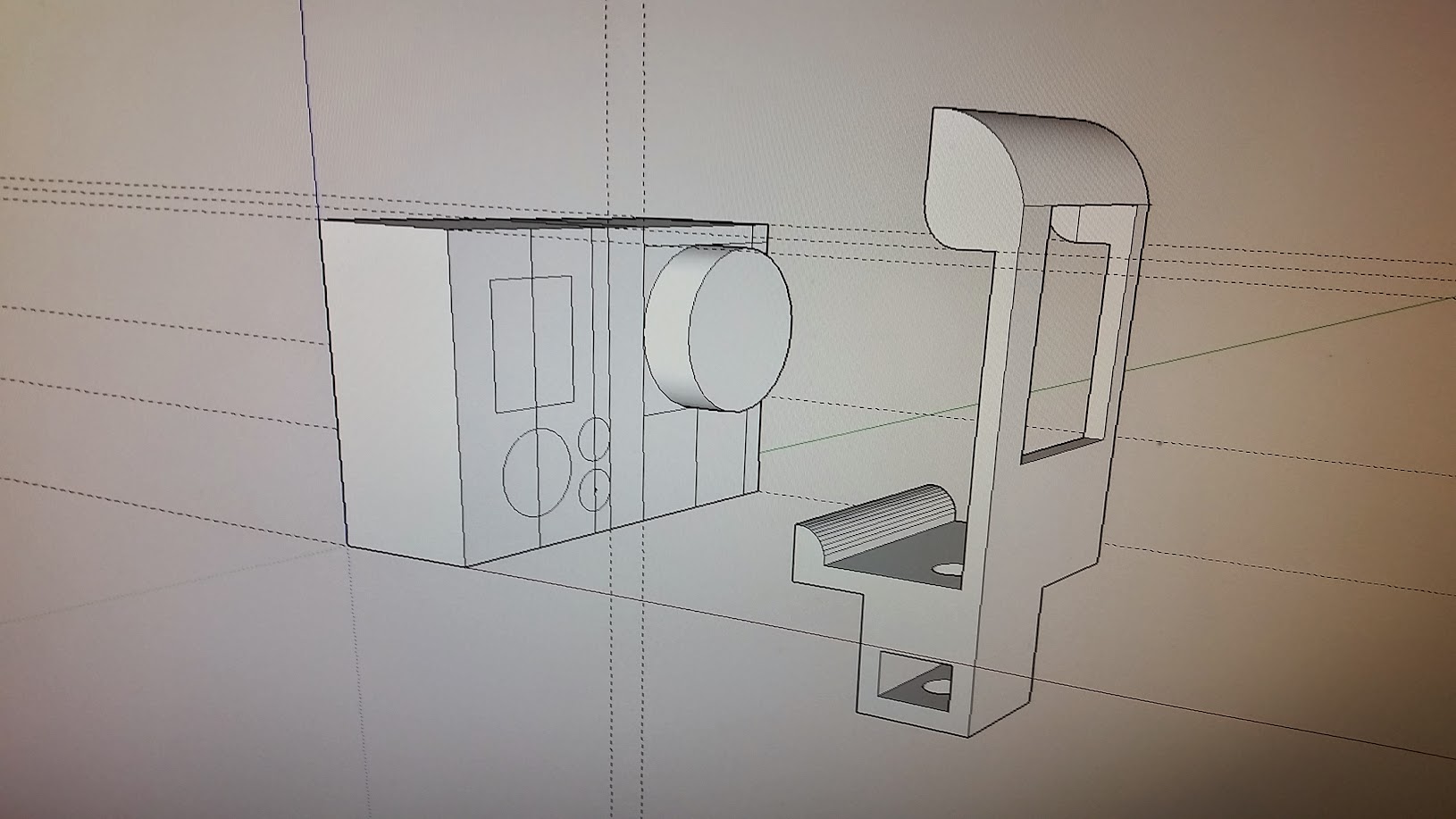 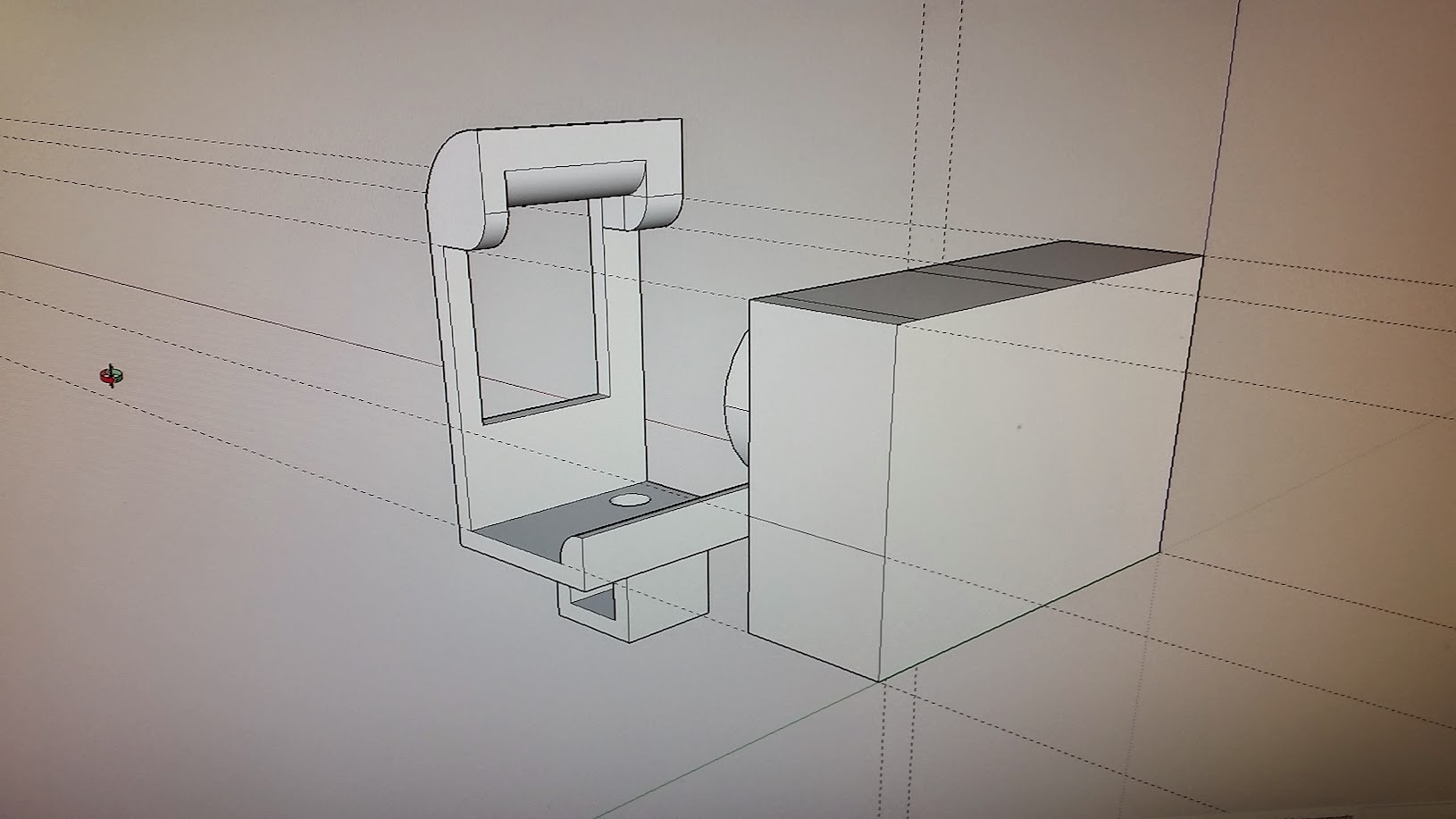 This is the mount after printing and attaching to one of my tripods: 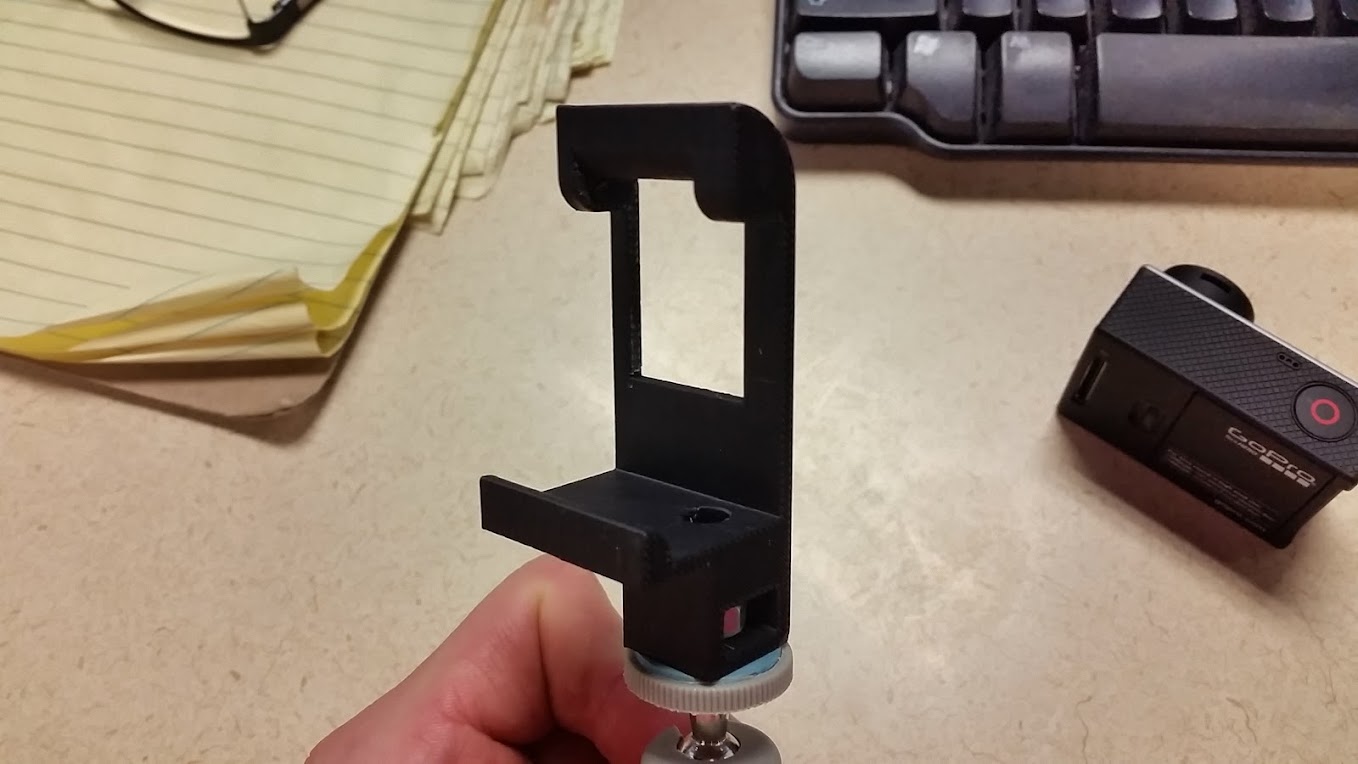 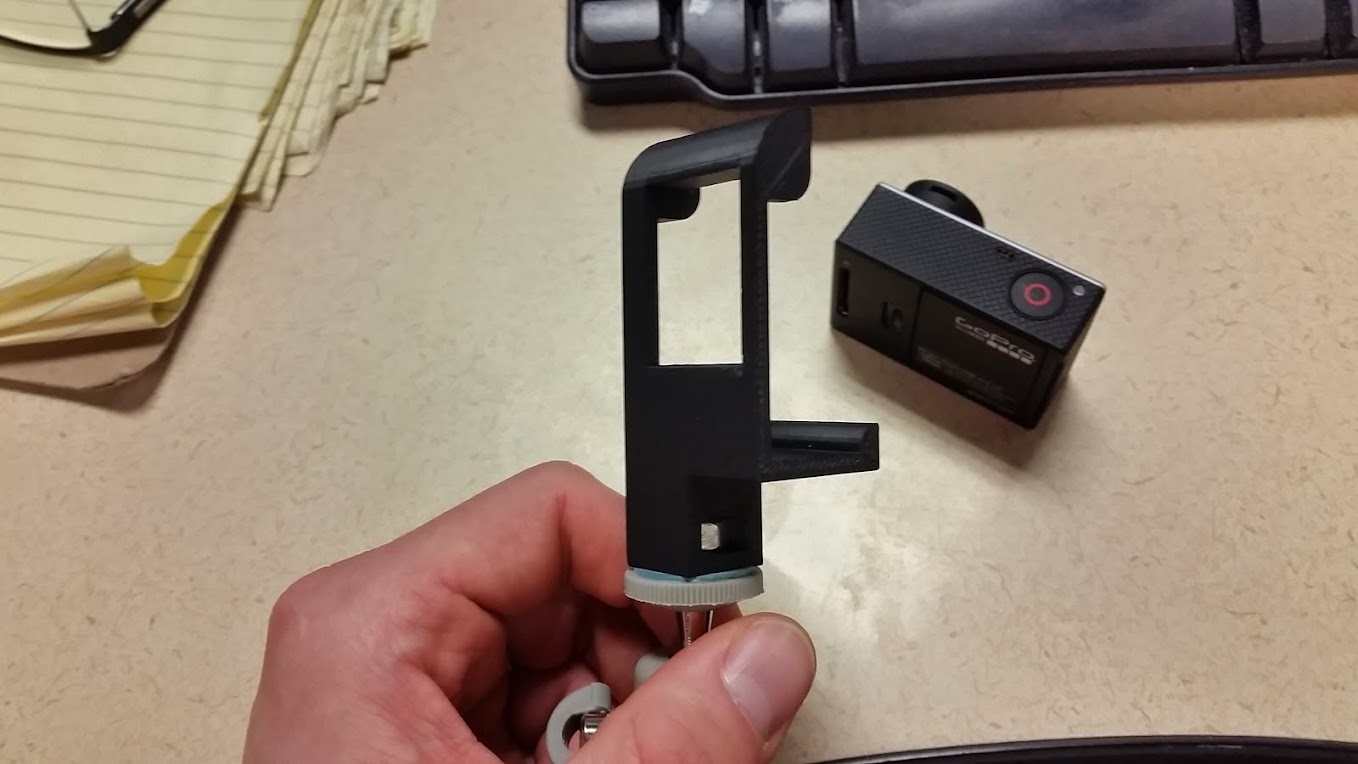 And here are the images of the GoPro being attached: 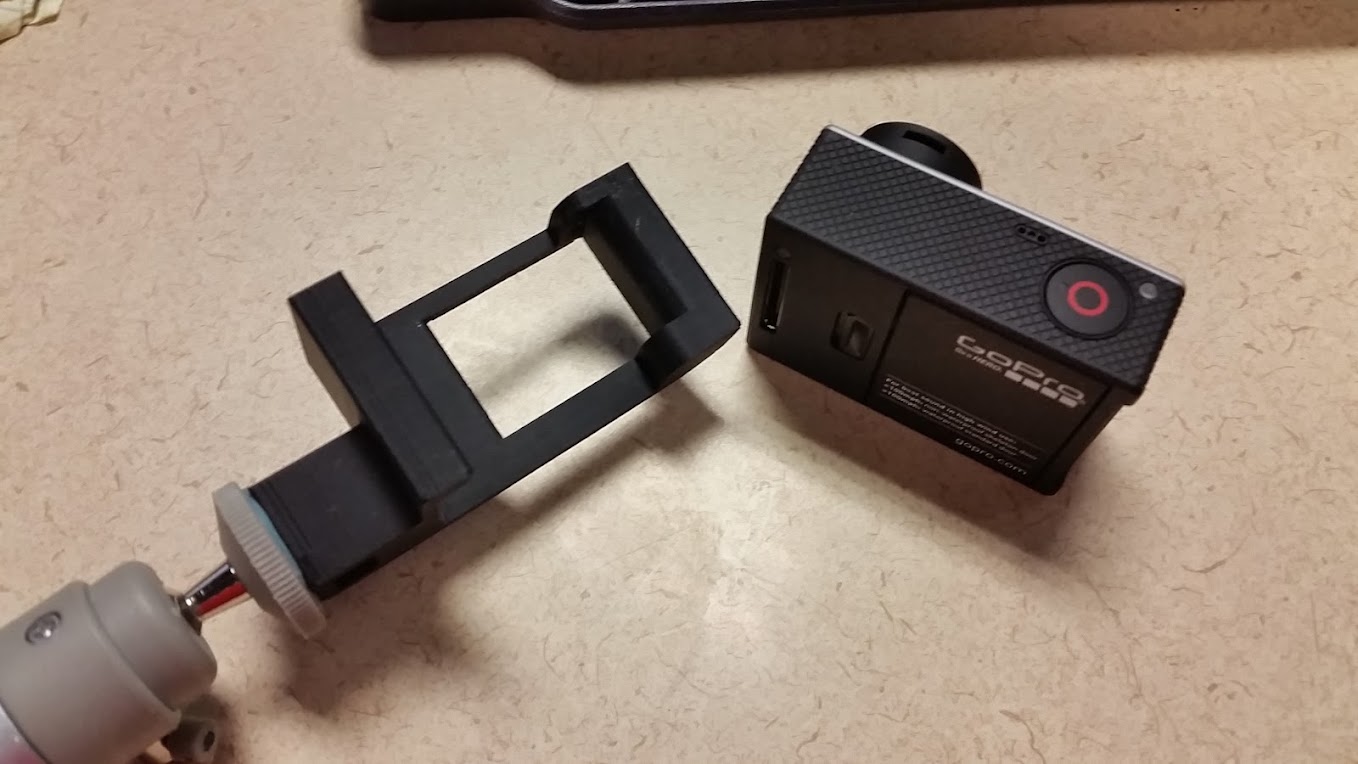 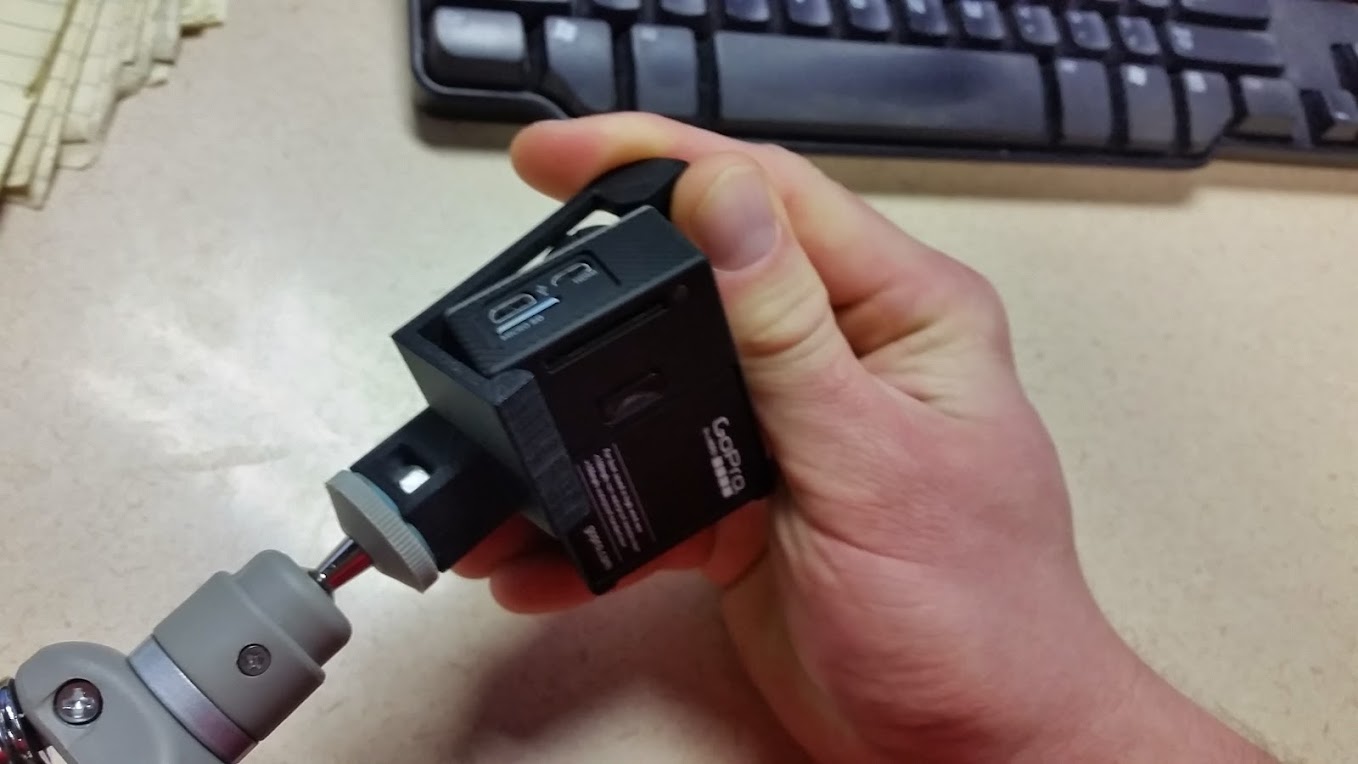 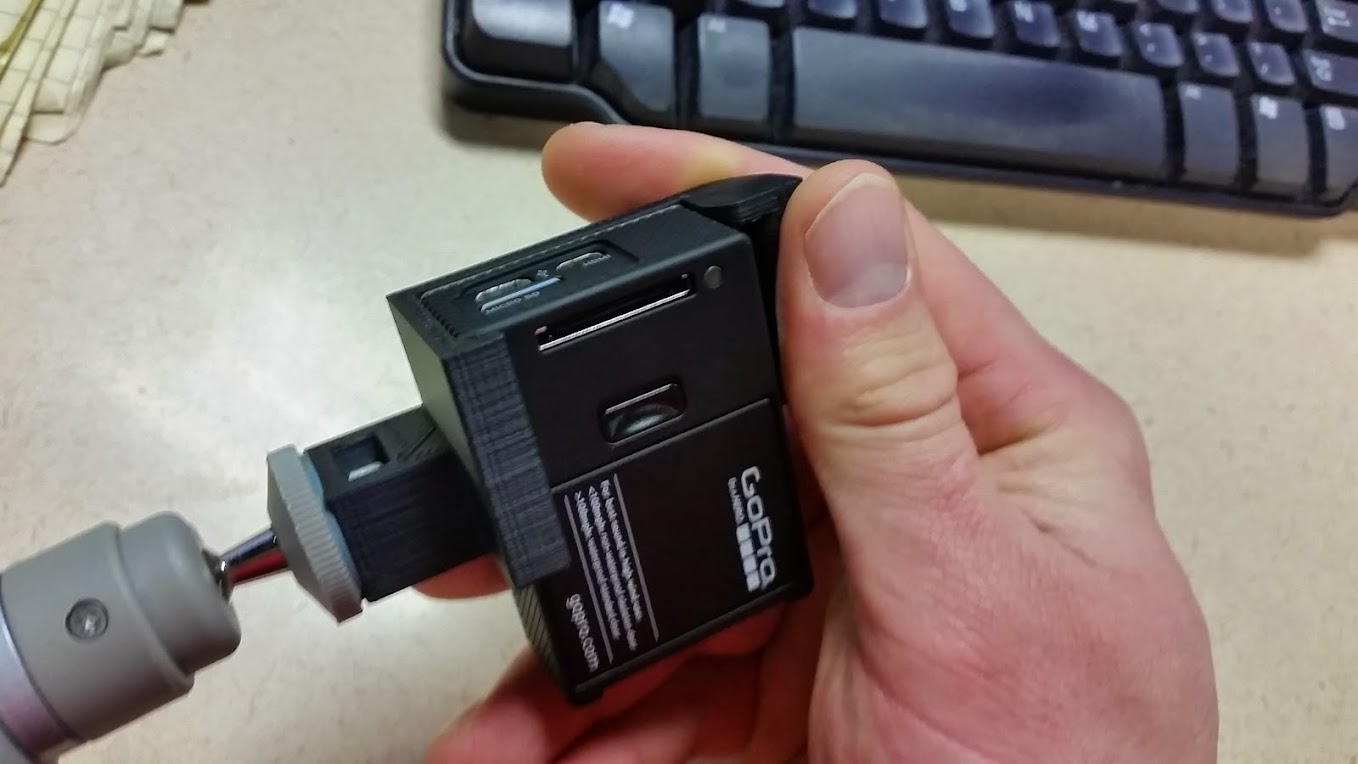 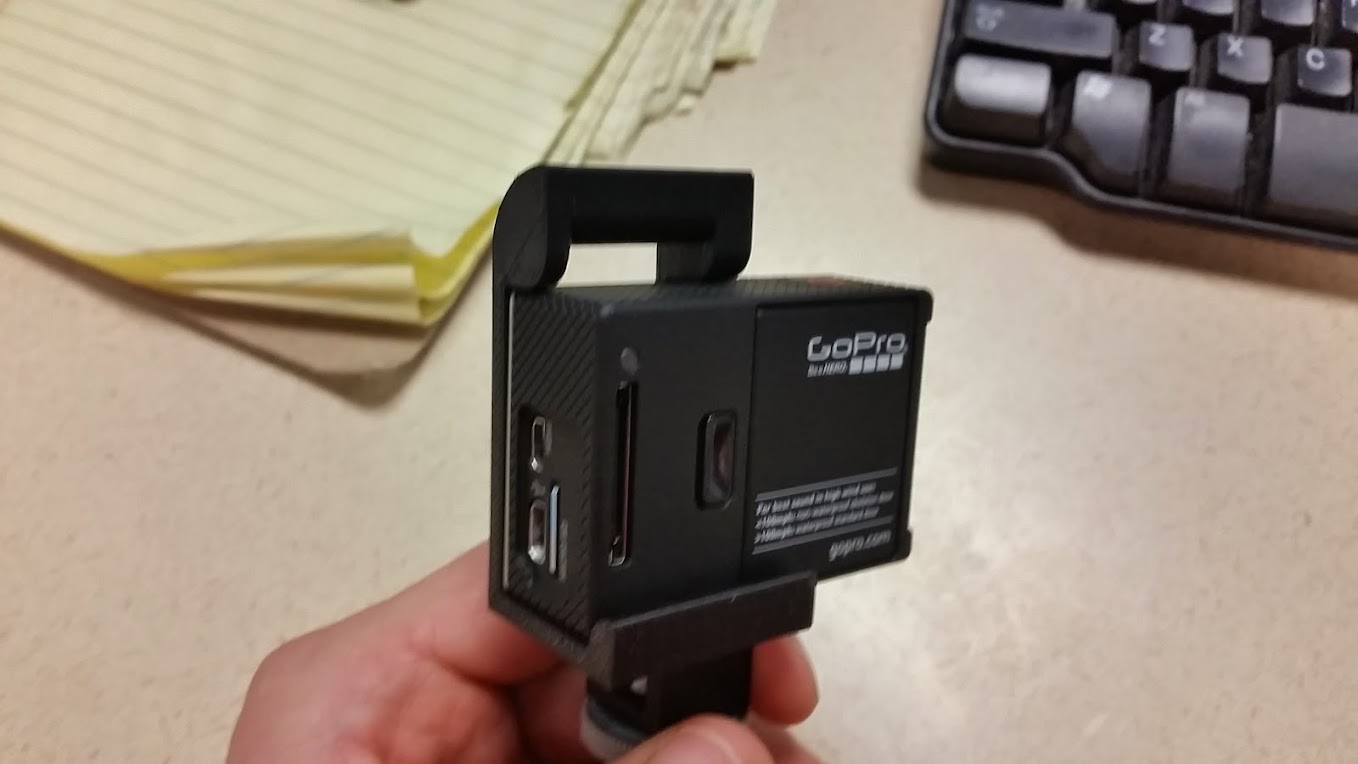 The tab (on the top of the mount) is done to allow a good thumb placement to facilitate easy removal.  The mount is completed by adding a standard 1/4 nut that slides into the slot on the bottom.  The 1/4 inch nut (very common) has the standard tripod threading so almost any standard tripod will work. The nut fits into the slot tightly, so once the nut is in there it cannot move.

I think it turned out really good.  It holds the camera securely but is still simple to remove with a well placed press.  The print uses minimal plastic and if printed correctly (on its side so that the layers run up and down) it is very strong.  It prints in just 1.5 hours on my UP Plus 2 printer.

Here is the STL file if anyone wants to give it a try on their printer:

If you dont own a 3D printer, but you have a GoPro you can have Shapeways print the part cheaply here:
Print on Shapeways (just $29)